Propublica: “Why the U.S. is losing the fight to ban toxic chemicals”

HomePropublica: “Why the U.S. is losing the fight to ban toxic chemicals” 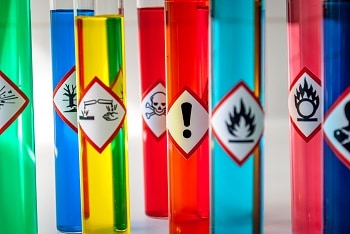 This story was originally published by ProPublica

When ProPublica published stories this fall cataloging new evidence that American chemical workers are being exposed to asbestos, readers reacted with surprise over the most simple fact: Asbestos, the killer mineral whose dangers have been known for over a century, is still legal?

Asbestos is only one of many toxic substances that are linked to problems like cancers, genetic mutations and fetal harm and that other countries have banned, but the United States has not. That includes substances like hexabromocyclododecane, a flame retardant used in some building materials that can damage fetal development and disrupt thyroid hormones, and trichloroethylene, a toxic industrial degreaser that has contaminated communities, including a whole neighborhood that suffered a string of tragic pediatric cancer cases.

Michal Freedhoff, the head of chemical regulation at the Environmental Protection Agency, concedes to decades of regulatory inaction. She says a chronic lack of funding and staffing, plus roadblocks created by the Trump administration, have hamstrung the agency in recent years. Still, Freedhoff believes in the regulatory system’s ability to protect the public from dangerous substances and says the EPA is “moving as quickly as we can to put protections into place that have been desperately needed.”

But the flaws of the American chemical regulatory apparatus run deeper than funding or the decisions of the last presidential administration. ProPublica spoke with environmental experts around the world and delved into a half century of legislation, lawsuits, EPA documents, oral histories, chemical databases and global regulatory records to construct a blueprint of a failed system. This is how the U.S. became a global laggard in chemical regulation.